As of May 18th, 2018 Rough Trade in Bristol will be selling This Human Condition's Music.

Disco Bunny was premiered by Rusty Egan on Artefaktor Radio

The Mark Ashton Trust shared a post about Pride In All Of Us.

This Human Condition’s second single from their debut album ‘Project Zero’ is set to a dark, twisting and introspective atmosphere with Erasure-esque soundscapes. Written on the day Alan Turing received a posthumous royal pardon, ‘Breaking The Code’ is a tribute to the enigma code breaker.

The Same day as thousands of gay people was pardoned for past convictions.

The release features two contrasting remixes from Sauerwelt and LPF.

Breaking The Code is available on every platform including Spotify, iTunes, and Deezer. 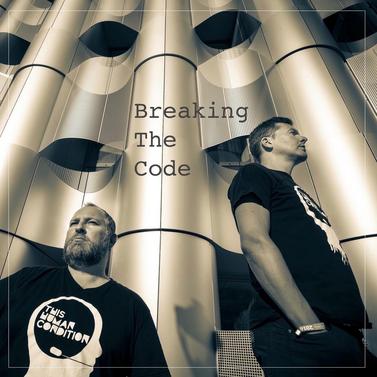 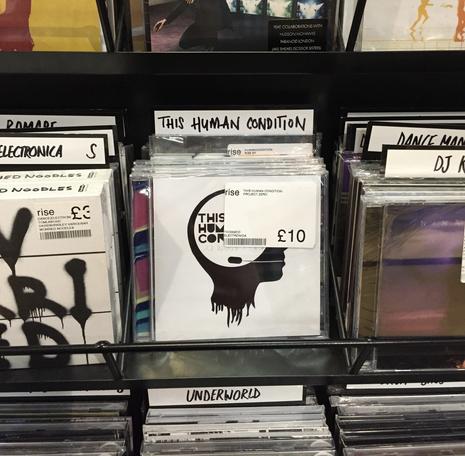 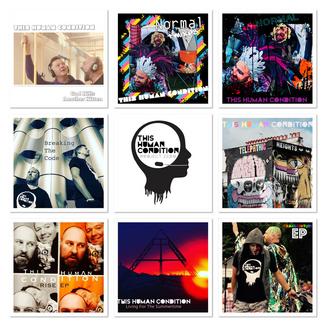 This Modern Electronic Punk track wonderfully blends Modern Punk surreal melodies with Classic Electronic instrumentation that feature a funky bassline, progressive synth chords, and magnetic electric drums.  This fusion keeps the power surged without any monotony settling into the track.  Jamie Jamal leads the track vocally strong with a nice forgiving effect that allows his voice to ebb while Mister-Minchie supports the track’s fancy-free effect with his artfully backing vocals. 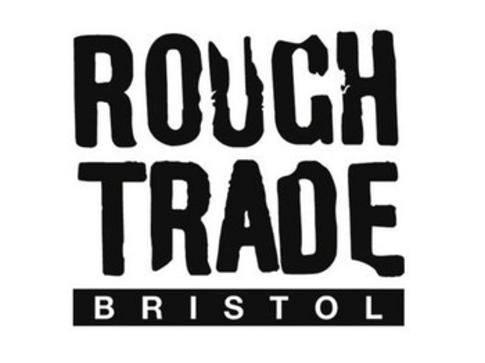 Available on every platform https://fanlink.to/tfr329

Listen to the single premiered on Rusty's Electronic Family Tree Show on Artefaktor Radio.
(played on his radio show 15/6/18) 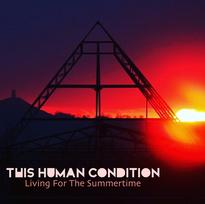 link to every platform

This Human Condition is back with a new calypso(tronica) inspired track called ‘Normal' including 3 remixes including the Nature of Wires remix, Time in Antarctica remix and the Wow Wow Robo remix.

Time In Antarctica Remix was played on

Time in Antarctica Remix - voted for by readers of 'Fresh Faves'

Check out Normal videos for the remixes on this Youtube Playlist 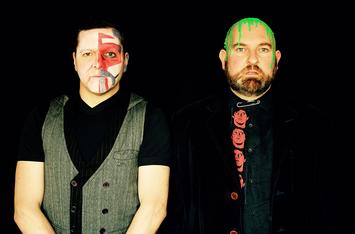 BBC Introducing - Tom Robinson has played 3 tracks by This Human Condition on his BBC6Music radio show.

Jamie and his Mum met Michael Eavis on 12/6/18 in Bath. Mister-Minchie was there but too shy for a photo with the Legend. They presented Michael with a copy of their new single and told him it was about the excitement of going to his festival. Michael asked Jamie if he went to the festival in 2017? Jamie replied Yes I did, I also performed on the Mini Pyramid at Williams Green with my band. "Oh did you how marvellous", he said.

Electronic Pick n Mix outfit from Bristol (UK) blending many different styles of electronic music. This Human Condition consists of Jamie Jamal and Misterminchie who formed in 2015 after meeting at a songwriting circle (set up by Minchie) they describe their sound as electronic handbag punk and has been described as early Depeche Mode meets a darker Erasure. Their track ‘Psychotropic’ was described as The Prodigy meets Boy George. They have lyrical themes about Alan Turing, Poor Mental health, climate change, and the LGBTQ+ community this brings a very 'human' element to their electronic sound and they are fun to watch live, expect performance art and projection. The duo has performed on a small stage at Glastonbury Festival in 2017 and 2019 and has been played several times on BBC6-Music by Tom Robinson on his BBC-Introducing radio show. DJ Rusty Egan (Blitz Kid, Visage, Ultravox) has been supporting This Human Condition’s music on his electronic family tree show since 2016 and more recently on his An Audience with show on Twitch. Their track 'Normal' has had over 22,000 streams on Spotify and God Kills Another Kitten has had over 10k streams. The duo is also involved in the underground electronic music scene (EMOM and We All Play Synth) sometimes putting on an electronic showcase at Rough Trade in Bristol with a passion for bringing the electronic community together.  The band is included in the A-Z of Bristol bands at the Seven Decades Of Sound exhibition at the M-Shed in Bristol in 2018.  Self releasing music since 2015 these include 1 Album, 3 EP's and 5 singles. In 2019 the duo completed a mini-tour of the UK with other up and coming bands including Nature of Wires, Sombre Moon, Fourth Engine and Behind The Moon. In 2020 the duo went ahead with a planned release 'God Kills Another Kitten' a bass-driven synthesizer track about falling in love with a grandiose narcissist! All gigs are currently cancelled and the duo are taking a break. Jamie has started a new project during lockdown called FLUX.

This Human Condition is back with a new EP  called Transcentury.
The result is 4 electronic tracks inspired by flamboyant characters. Transcentury is a made up word by the band, meaning people who are not afraid to be different and stand out from the crowd. The title track invites you into their world and lists the people and the albums they are inspired by and has a dance & experimental feel.  Disco bunny is a positive upbeat futuristic disco-inspired track about a street performer called Pablo who dresses up as 'The Disco Bunny’. Sapphire is atmospheric synth about a man on the streets of Bristol (UK) who dresses in women's clothing and looks like a carnival queen.
Anthemic “Pride In All Of US’ is about LGSM activist Mark Ashton (Pride Movie) and is documentary in style. 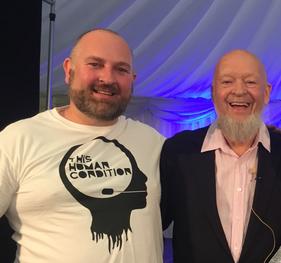 Jamie is interviewed about his new project on the Simon Campbell Incident. 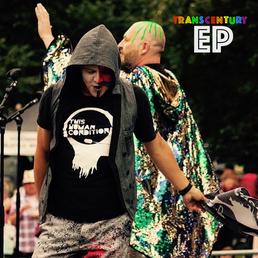 Jamie Jamal is interviewed for Lost Spaces by K Anderson the podcast about lost queer venues, this episode sees a visit to Bristol, England to talk about CLUB JUST, Guncles, and who is better - Kylie or Madonna?