The first single Telepathic Heights is taken from the debut album Project Zero. 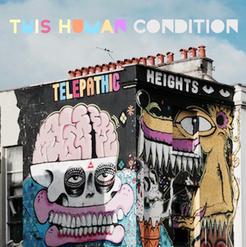 September 7th 2018 as part of EMOM set up by Martin Christie.

We All Play Synth (EMOM) Showcase at Rough Trade Bristol.

​Jamie will be doing some hosting and This Human Condition will be performing as part of the We All Play Synth showcase on 18th October 2019 and Performing debut of new track 'God Kills Another Kitten" to be released in the new year! Mister minchie also performs 'Passion' another new song. 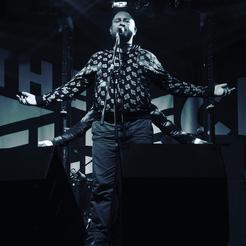 ​Featuring the 'Nature of Wires' remix plus 2 tracks from the Normal Remix Competition. Listen to the winning tracks below. 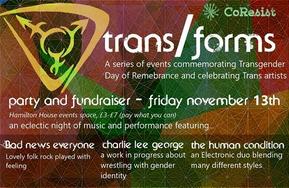 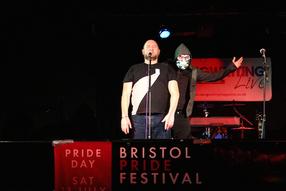 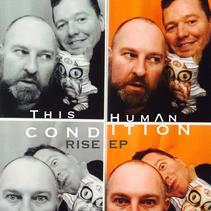 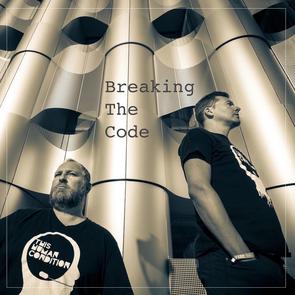 This album is to celebrate all the artists who have played the EMOM nights.

Going out live on Radio stations & podcasts throughout the world.

This Human Condition have been included in the A-Z of Bristol Bands at Bristol Music: Seven Decades of Sound exhibition at the M-Shed in Bristol (on until September 30th, 2018) the exhibition tells the story of the Bristol Music Scene. 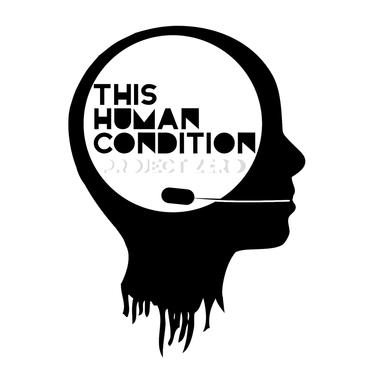 This Human Condition was given the challenge to record a cover of an iconic song. They chose Holiday by Madonna. It's very different and almost reinvented. It will feature on the album, A Fourth Masquerade put together by the Doncaster Electronic Foundation (DEF) free to download the entire album on 31st October 2016 via DEFSYNTH.COM or click on the links below.

This Human Condition get their new video Psychotropic featured on The Bristol Music Show on Made In Bristol TV.

Watch the full episode opposite. 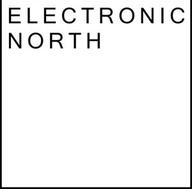 ​​Jamie and Misterminchie performed on the Mini Pyramid stage at William's Green on Thursday 22nd June. Lisa Groves did a live Facebook feed of "Breaking The Code"  Jamie performed a solo set on Saturday 24th then on Sunday 25th, the boys were interviewed live on Worthy Fm.

Read an interview THC did with George Ladds from Shining Lights.

The Rise EP is released on all digital & streaming platforms.

CD's are released through the band's website and Rough Trade in Bristol. 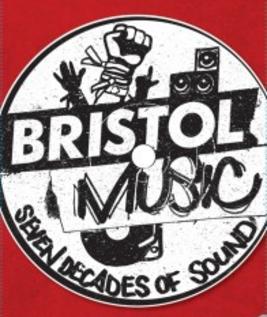 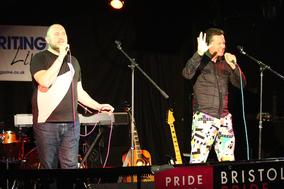 ​Buy on iTunes
Stream on Spotify​

This Human Condition Fundraiser for CRUK

Poet and the Loops

​This Human Condition's fund-raising event for Cancer Research during Stand Up To Cancer month. 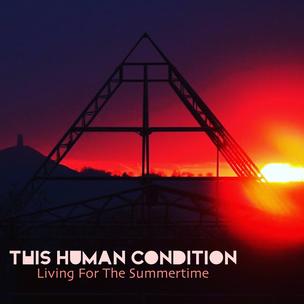 Jamie and Misterminchie are invited to Support The Layers at The Louisiana in Bristol. This is one of their early performances together as This Human Condition.

A bass driven synthesizer track about falling in love with a Grandiose Narcissist!

​Out Now on all platforms

Supported by 2 new remixes by Fused and Audiofetish 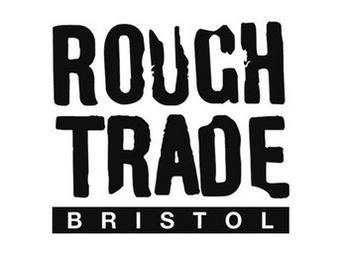 You Might Not Like This [YMNLT] have teamed up with Martin Christie - the founder of the nationwide Electronic Music Open Mic [EMOM] - to bring you this one-off physical release, featuring many of the acts that have graced the EMOM nights. Including Psychotropic by This Human Condition, Performed by the boys in Nottingham at Rough Trade.

You can purchase the album though Piccadilly Records or Bandcamp.

Performing at The Fleece in Bristol, This Human Condition performed 5 times at The Mother Of All Open Mic nights hosted by Mark Venus between July 2015 and April 2016 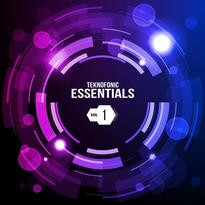 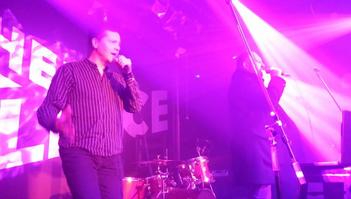 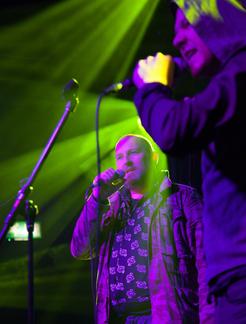 They also get a mention in the Huffington Post for the album review. Released April 14th 2016.

This Human Condition supported Justin Utley at the ironworks in Bristol for a Pride fundraiser on the same day as their debut album is released. 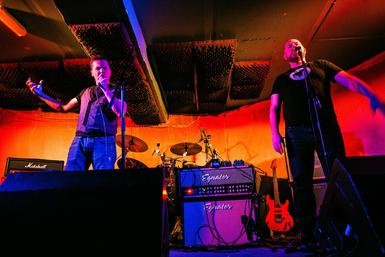 They perform for an hour and also film a video for their next single 'Normal' support from Lizzie Bradley. Watch the full show below. 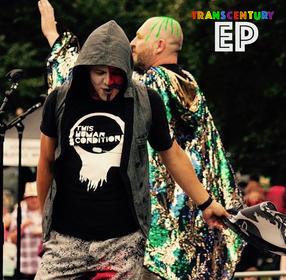 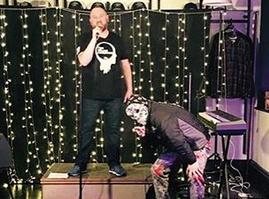 This Human Condition is back with a new EP 'Transcentury' released March 16th 2018.

The result is 4 electronic tracks inspired by flamboyant characters. Transcentury is a made up word by the band, meaning people who are not afraid to be different and stand out from the crowd. The title track invites you into their world and lists the people and the albums they are inspired by and has a dance & experimental feel. Disco Bunny is a positive upbeat futuristic disco-inspired track about a street performer called Pablo who dresses up as 'The Disco Bunny’. Sapphire is atmospheric synth about a man on the streets of Bristol (UK) who dresses in women's clothing and looks like a carnival queen. Anthemic “Pride In All Of US’ is about LGSM activist Mark Ashton (Pride Movie) and is documentary in style. Buy The Transcentury EP Here 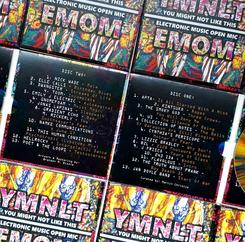 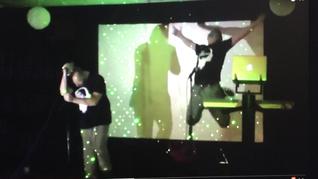 "Living For The Summertime"

Living For The Summertime was premiered on Rusty Egan's 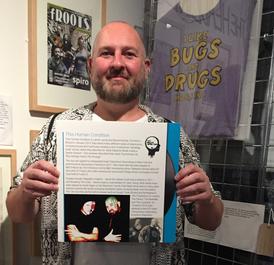 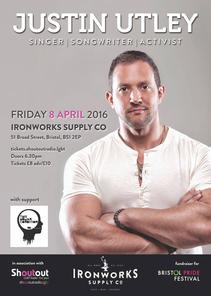 "4 years ago we released Telepathic Heights - 4 years later the remixes are ready! "

The original "Telepathic Heights" by This Human Condition released as a single in June 2016, was inspired by the 2011 riot in the Stokes Croft area of Bristol, UK. A crowd of approximately 300 defending the squat and another 1,000 were caught up in the mayhem after a raid by police on the squat commonly known as Telepathic Heights. This Human Condition's original conveys the emotion felt from the resulting chaos and disorder of the situation. Telepathic Heights - The Remixes consists of four excellent revisited versions of the track, a somewhat eclectic collection which offers a different insight and perspective from each Remixers point of view from House to Breaks, this small but powerful collection of remixes covers it all.

This Human Condition performed at the Bierkeller in Bristol for Battle of The Bands to win a slot at Bristol Pride 2015. They come second.

Night is Gone a tropical house track and Sexpulse a fragile trap tune.

*Night is Gone has been played on BBC6Music

Read an Interview This Human Condition did with Electronic North.

(A blog celebrating electronic music culture, from the North of the UK and beyond)

This Human Condition sign with Teknofonic Recordings in New York.

Teknofonic is an independent label releasing mind-bending electronica. Check out their artist page on the label.

Read a review of Project Zero by Shuffl Communications.